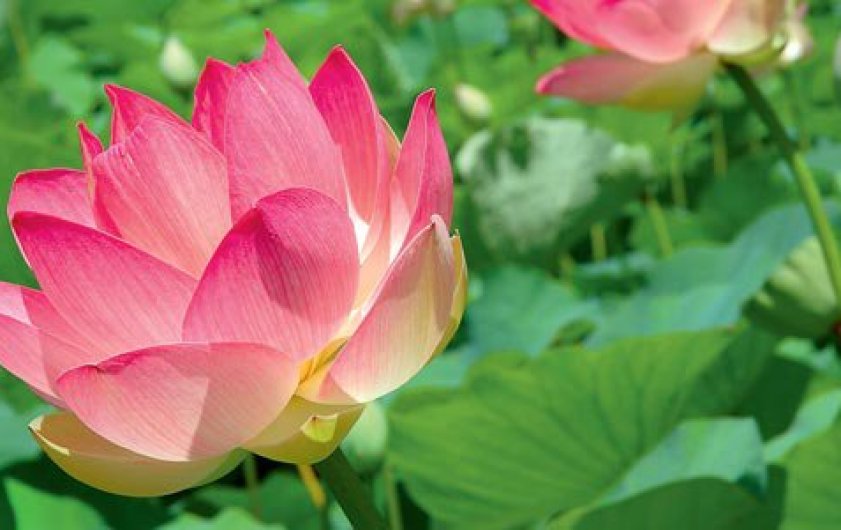 It takes only few minutes to get from the noise and vanity of the capital Port Luis to the serenity and peacefulness of Pamplemousses Botanical Garden. Here centuries-old trees and birds’ songs plunge visitors into the captivating world of nature.

Pamplemousses gardens are well-known by the naturalists from all over the world for its collection of exotic plants. With our inherent modesty, we Mauritian do not call this park a wonder of the world but it does deserve admiration.  It is famous as one of the main tourist attractions and a highlight of any travel tours in Mauritius.

It is believed that the origin of the name of the garden comes from the French word for grapefruits that were served as a supply of vitamin C for sailors during long voyages over the Indian Ocean. Those citrus fruits prevented scurvy, the scourge of seafarers.

The garden was founded in 1736 when French governor Mae de la Burdone moved in the Mon Plaisir cottage and laid out a big vegetable garden nearby for his family’s and citizens’ needs. In 1770 it passed into the ownership of Pierre Poivre, renowned naturalist. Poivre was the one who gave rise to the unique collection of different plants that he had been bringing from the four corners of the earth.

The garden has been preserved and guarded for almost 300 years owing to the enthusiasts of several generations. Nowadays we are proud to show it to our guests.

To enter the park, you pass trough beautiful wrought gate where the first thing that you see a giant baobab tree that grows “upside down”. In the garden, you meet a lot of strange and funny plant names: Sausage tree, Bottle tree, Bleeding tree, Elephant's foot, Wax palm, Sugar palm, Travelers Palm and others. Here the most commonplace indoor plants as rubber plants and crotons grow so big that you won’t recognize them.

A talipot palm will amaze you with its 6 meters long leaves. This tree blossoms only once in a lifetime, at the age of 40-60. Its white cream flowers can be seen during several months, then the palm bears fruit and slowly dies.
Another wonder of nature that will touch your feelings is picturesque lily pond covered with giant water lilies. Its leaves are about 1 meter in diameter and flowers change the color from white to violet in two days that is why it is often called a Two Nights Queen.

You will see a glade with medicinal plant, familiar Clove tree, Cinnamon tree, Nutmeg tree; you’ll hear a curious story about how the acclimatization of these plants on Mauritius promoted spice trade revolution.

At the end of the alley grows quite noteworthy tree, a black ebony tree. It is relatively young, just several hundred years old. In XVII, ebony wood was liberally exported by Dutch from Mauritius to Europe. It should be noted, that only 800 years old trees were valued.


Pamplemousses Botanical Garden welcomes you to stroll down the shady alleys, admire Mon Plaisir palace, watch wild deer and giant tortoises, swing on the roots of the Indian banyan and take a number of pictures…

After that, you will come back for sure! 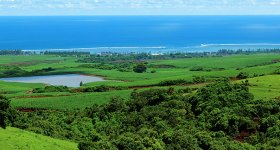 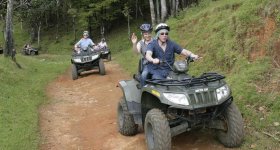 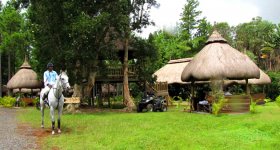